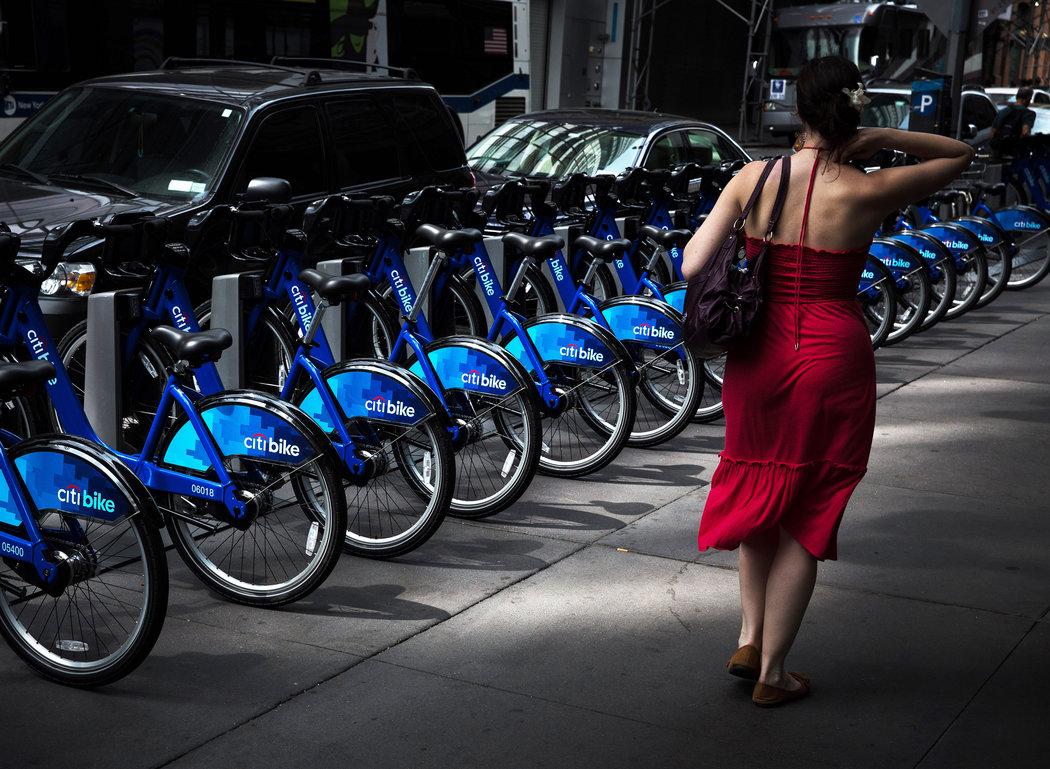 Bicycling in New York City is a lot of fun, but ignoring safety rules quickly puts the brakes on it.

Bicycling in the city increased 262 percent from 2000 to 2010, according to the Department of Transportation’s 2010 Sustainable Streets Index. There is even more bikes on the city roads now and this makes safety incredibly important.

Here are some safety tips from Bike Rental Central Park.

The first priority should be in a bicycle helmet. It’s the law, but you can also get one for free! The official New York City bicycle helmet is given away by the DOT at events. The DOT even fits you! You just have to show up to learn how to fit and wear it. Those interested should call 311 for details.

Using a quality bike is also important. Bike Rental Central Park has a fleet of over 500 well-maintained bikes.  They come in all sizes and types and the rental package also includes a helmet, basket and map.

Light, bright clothing can be seen by other bicyclists and motorists as you tour areas like the Mall and Literary Walk, Pulitzer Fountain, and the Delacorte Theater.

Those riding at twilight or night should wear reflective clothing.

One thing you shouldn’t wear while biking in NYC is earphones. Earphones prevent you from hearing important sounds, like a car horn, a siren or a hot dog vendor.

There is a lot of free information available for those who want to bike in the city and it would serve you well to take it. You should download the handbook Bike Smart: The Official Guide to Cycling in New York City, available through the city DOT.

The guide has a list of laws for the road and other information, including locations of new bike facility, protected lanes and bike boxes. The city also has a bike map, which highlights the most important bike rules. It is distributed for free by the DOT. Officials distributes up to 325,000 copies a year.

New York biking rules are pretty straightforward, but may seem a little different if you aren’t from here. There are some basic ones:

Many people were taught to ride against traffic, but this isn’t the case in the city. In New York, a bicycle is treated as a car, so you must ride with the traffic flow. This also means you must obey all traffic signals and stop signs.

You should bike in a straight line rather than weaving through traffic. There are a lot of cars, and weaving increases your chances of getting hit. According to the city’s bike crash data, 5,213 cyclists were injured in 2017, including those involving motor vehicles, pedestrians, or lone cyclists. Twenty-six cyclists died.

The city has numerous marked bike lanes and recommends using them. This keeps you away from motorized traffic.

NYC is different from other cities. It has its own personality and, while that makes the city interesting and fun, it can also pose certain dangers. You can stay safe if you know what to watch.

For instance, you need to be on the lookout for opening car doors. There are a lot of drivers here and a car door can swing open at any time. That can be dangerous for an inattentive biker.

Also, pay attention to foot traffic. People can, and do, walk in front of you without thinking. This is especially true if they are on their cell phones and not paying attention. It is best to look, then signal, then look a second time before making a turn or changing lanes.

Look at people in the eyes. This is contradictory to what many say about traveling in the city, but seeing them isn’t enough to keep you safe. You must be sure they see you and you know they do if you look at their eyes. You can offer a friendly wave also!

You will discover a new layer to the city while cycling! Being safe will add a level of confidence to your adventure.