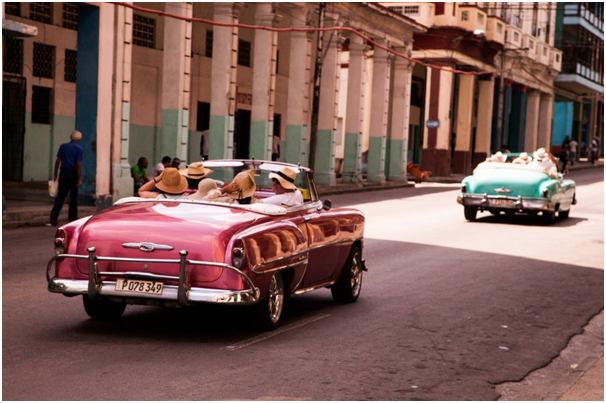 The largest island in the Caribbean, stretching 780 miles from east to west, Cuba boasts a wealth of diverse and distinct regions that could easily occupy several weeks of travel. But that doesn’t mean you can’t experience the best of what the island has to offer with a more limited timescale.

Far from it, a week in Cuba is ample time in which to see the island’s main sights, without it feeling like you’re rushing headlong from place to place.

With just seven days in one of the world’s most unique destinations you’ll want to minimise your travelling time by focussing your visit to one area of Cuba. Although the island nation has a dozen international airports, the majority of international flights come into Jose Marti International Airport in Havana, so it makes sense to dedicate your week to the western side of the island.

In doing so, you’ll be able to take in the stunning architecture and cultural heritage of the capital, before heading into the lush panoramas and tobacco fields around Vinales. Then delve into the country’s revolutionary history at the Bay of Pigs, and still have time to relax on the beaches of Varadero.

No trip to Cuba is complete without spending a day or two in the capital. Your cultural immersion into all things Cuban can begin as soon as your plane touches down, by hiring one of the island’s iconic vintage taxis – dating to before the 1959 communist revolution and subsequent US trade embargo – to take you to the centre of the action in Havana Vieja.

The UNESCO-enshrined World Heritage Site of Old Havana dates back almost 500 years to the earliest days of European colonisation of the Americas. As a result, this area of the capital is simply teeming with ancient plazas, architectural wonders, and intriguing museums. Take your time in exploring the photogenic likes of Plaza de Armas, before taking in the Capitolio building, Gran Teatro, and Museum of Fine Arts among other notable sights. Don’t leave the capital without strolling along the Malecon waterfront promenade – at its best at dusk – and the upmarket Vedado neighbourhood, ensuring you leave enough time to enjoy a cocktail or two in the bar of one of the city’s historic hotels, such as the Nacional.

Far from the busy streets of Havana in its relaxed pace of life if not in geography, the township of Vinales sits at the heart of Cuba’s tobacco fields. Visiting the farms and drying houses that are the source of leaves for Cuban cigars is an absolute must, while the area is also a great place to head for those who like to get out and about on foot or on horseback. Parque Nacional de Vinales is home to some unusual but beautiful limestone landscapes, and nearby Las Terrazas is something of a biodiversity hotspot for bird lovers. Sightings of the tocororo, Cuba’s national bird, are almost guaranteed.

A simple two-hour drive southeast of Havana, you’ll find the Bay of Pigs (Playa Giron). This stunning bay is well worth visiting for its beach and snorkelling alone, although most arrive with the intention of visiting the excellent Museo Giron, which tells the story of the failed CIA-backed invasion of the island by anti-Castro forces in 1961, complete with aircraft, tanks, and artillery.

Meanwhile, Cuba’s premier beach resort of Varadero comprises more than 20 km of pristine white sand beaches on a spit of land on the island’s north. Perfectly located as a detour on your return to Havana from the Bay of Pigs, it makes for a relaxing end to your week in Cuba. Alternatively, if beaches aren’t for you, you could head to the city of Matanzas, roughly 90 minutes east of Havana by road. It’s a city known for its Afro-Cuban heritage, including the continued strength of santeria, a religion combining African and Catholic beliefs.

How to do it

The best way of getting the most out of a week or similarly short amount of time in Cuba is to use the services of a knowledgeable local operator. We recommend the group tours in Cuba run by Locally Sourced Cuba an outfit which aims to showcase the real Cuba behind the headlines by immersing its guests in the island’s culture while supporting the Cuban people through its responsible tourism efforts.